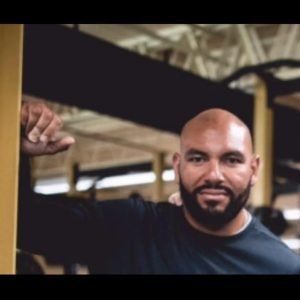 Jason Benguche is the Founder/CEO of MovementMogul.com. Nearly 15 years of extensive knowledge in athletic development has led him to creating this website and brand as a resource for coaches and athletes to prepare for the highest level of performance.

Beginning in the spring of 2005 he was a student assistant with the University of Massachusetts football team. Assisting with the development of student athletes in their off season program. Another internship at IMG Academy in Bradenton, FL followed (2006). Bringing a 6 month experience training a wide range of athletes from school age to elite NFL combine prospects. Florida State University is where Benguche served as a graduate assistant with the football team from 2006-07 completing his masters degree in Health Education.

His first opportunity for full time employment came in Atlanta with Georgia Tech. While with the Yellow Jackets, Benguche designed and executed strength and conditioning programs focused on athletes’ strength, power, speed and movement. He spent his final three years at Georgia Tech as assistant director of player development for football after working as an assistant strength and conditioning coach for the football, men’s tennis and swimming and diving teams during his first two years.

Benguche most recently was an Assistant Strength and Conditioning coach for the NFL’s Carolina Panthers. Joining in 2013, Benguche assisted strength coach Joe Kenn on a staff that has contributed to multiple playoff appearances, an NFC Championship, Super Bowl 50 appearance and training 2015 NFL MVP Cam Newton.

ATHLETIC AND PERSONAL: Benguche played offensive line for Springfield College from 2002-05, earning Division II/ III All-New England honors from the New England Football Writers Division as a senior . He graduated with a bachelor’s degree in applied exercise science from Springfield College in 2006 and earned a master’s degree in health education from Florida State in 2008 . Benguche has been a featured speaker throughout the U.S and was selected as a featured presenter at the NSCA’s 2015 National Conference in Orlando, Fla. In 2018 he was also a member of the NFL Gatorade Advisory Panel in Tuscon, Arizona.

In his time away from the Movement Mogul world Benguche is an avid single digit handicap golfer who enjoys competitive amateur tournaments as a way to stay driven, focused and of course to keep MOVING!